ROCHESTER – Today, February 11, 2022, Congressman Lee Zeldin, who has been declared the presumptive nominee by both the Republican and Conservative Parties, for Governor of New York, spent the day campaigning in Rochester, making a total of 10 campaign stops throughout the area.

Congressman Zeldin kicked off the day meeting with Rochester area faith leaders, discussing ways in which New Yorkers of all faiths can work together to root out hate in our communities, making our communities safer for all New Yorkers and secure a brighter future for our future generations.

Congressman Zeldin then participated in the groundbreaking ceremony of the Veterans Outreach Center’s Richard House renovations, which are part of its mission to expand transitional and emergency housing units. 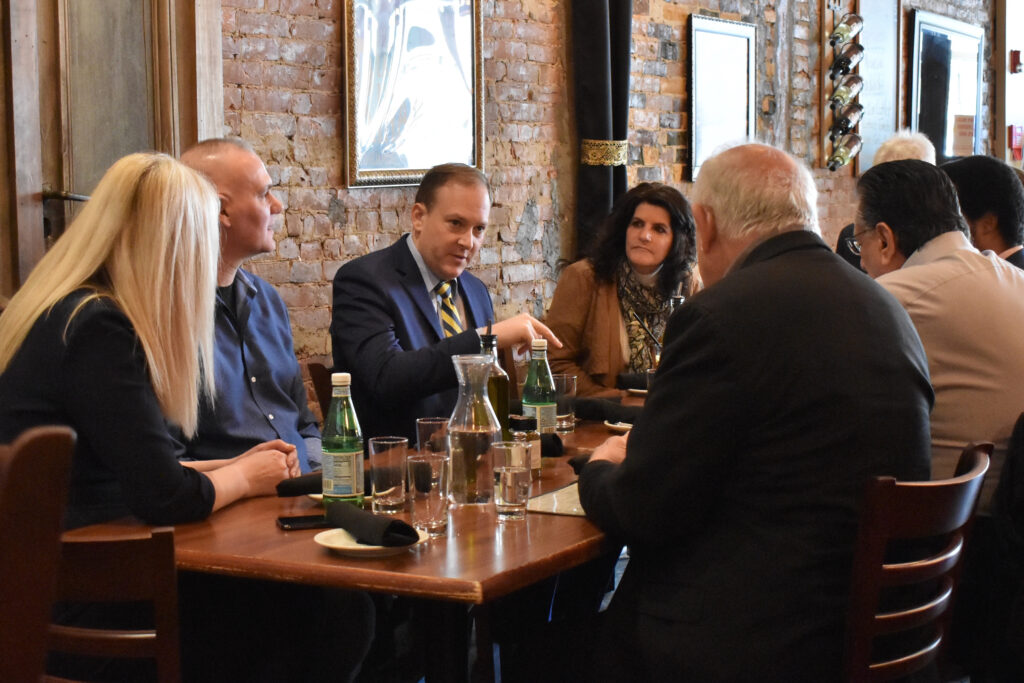 Congressman Zeldin then participated in a roundtable with the Urban League and IBERO American Action League.

Following the roundtable, Congressman Zeldin had a meeting with local law enforcement advocates about the need to support local men and women in blue and ensure they have the resources they need to fight back against skyrocketing crime in Rochester.

Congressman Zeldin ended the night as the keynote speaker at the Monroe County Conservative Party Dinner.