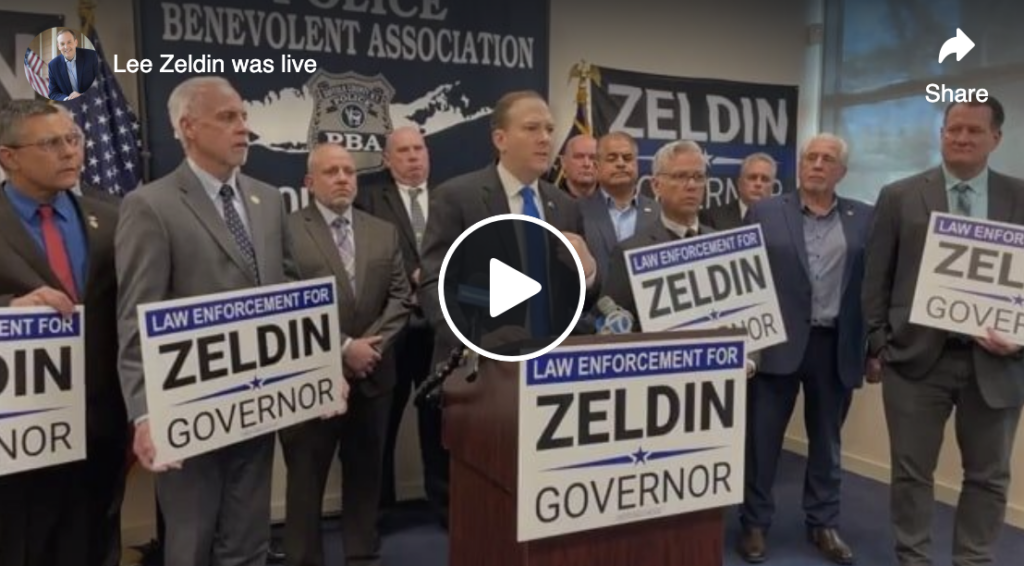 The announcement comes as crime skyrockets across the state and cashless bail, the Less is More Act, and other policies put our police officers and the New Yorkers they serve in harm’s way.

“For far too long, Democrats controlling Albany have focused on placating their base at the expense of the safety of everyday New Yorkers and our brave men and women in blue,” said Congressman Zeldin. “On November 8, 2022, when New Yorkers make a major change at the ballot box, we will fight to repeal cashless bail, enact a Law Enforcement Bill of Rights, repeal the Less is More Act, Fire Manhattan DA Alvin Bragg and take back our streets from the criminals who have ravaged them. Once again, we will be able to look our law enforcement officers in the eyes and say ‘Albany has your back.’”

At the beginning of February, Congressman Zeldin laid out his Secure Our Streets Plan for New York.