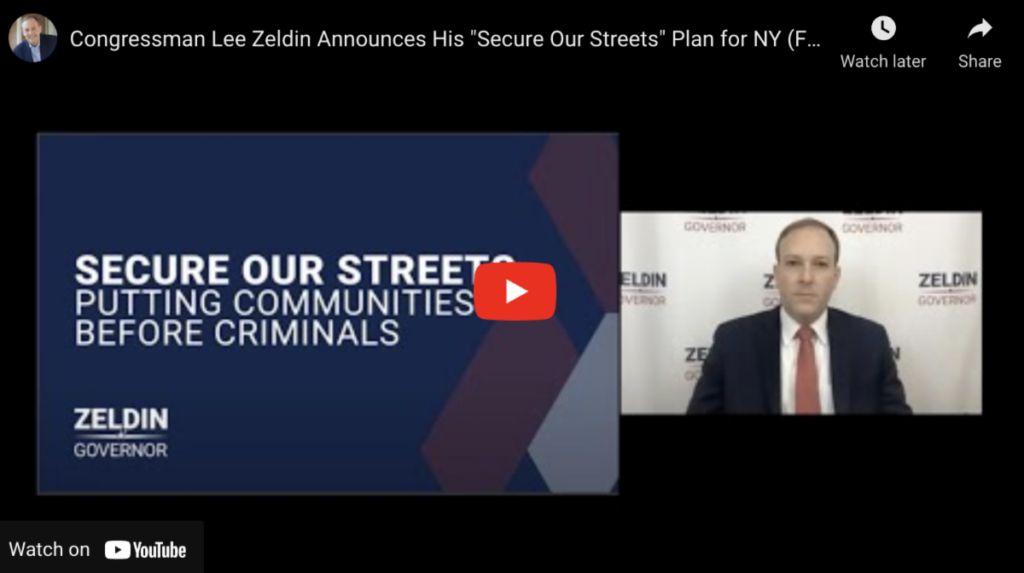 NEW YORK – Today, Congressman Lee Zeldin (R, NY-1), who has been named the presumptive nominee for Governor of New York by both the New York Republican and Conservative Parties, announced his “Secure Our Streets” Plan for New York.

This plan focuses on putting our communities before criminals by bolstering public safety and better supporting victims.

View the full plan at zeldinfornewyork.com/secureourstreets.

“For far too long, New York has been handcuffing justice instead of criminals,” Congressman Zeldin said. “As crime surges across our state, New Yorkers are scared to walk in their own neighborhoods, our law enforcement officers are being brutally attacked, small businesses are being forced to shutter their doors due to looting, and so much more. This is not the New York we love, but it’s the one we’re living in today. My Secure Our Streets plan will finally take back our streets from criminals, protect law-abiding citizens and help Save Our State.”