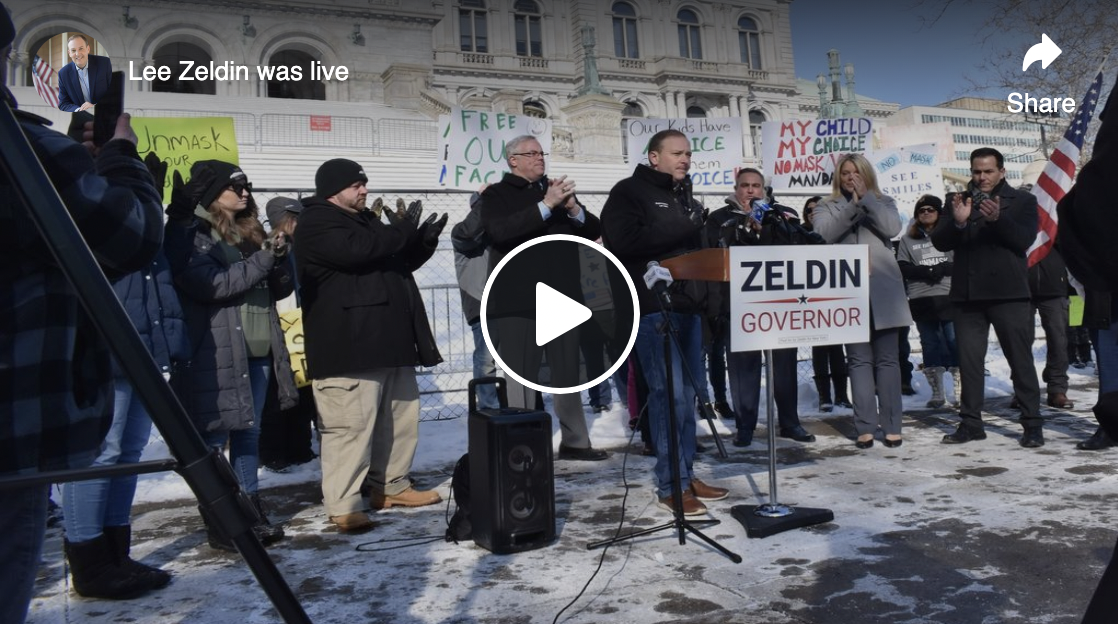 NEW YORK – Today, Congressman Lee Zeldin (R, NY-1), who has been named the presumptive nominee for Governor of New York by both the New York Republican and Conservative Parties, addressed an Unmask Our Kids Rally in front of the New York State Capitol. New Yorkers from across the state – Long Island, Syracuse, the North Country, Rochester and more – came to rally against Governor Kathy Hochul’s statewide mask mandate.