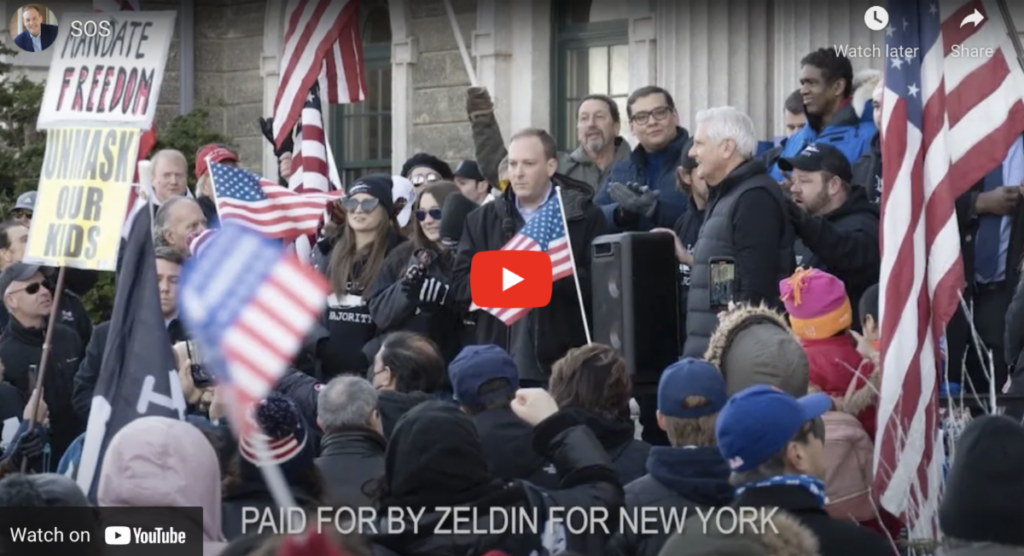 NEW YORK – Congressman Lee Zeldin (R, NY-1), who has been named the presumptive nominee for Governor of New York by both the New York Republican and Conservative Parties, released his first TV ad of the 2022 election cycle, entitled “SOS”, which is now airing statewide.