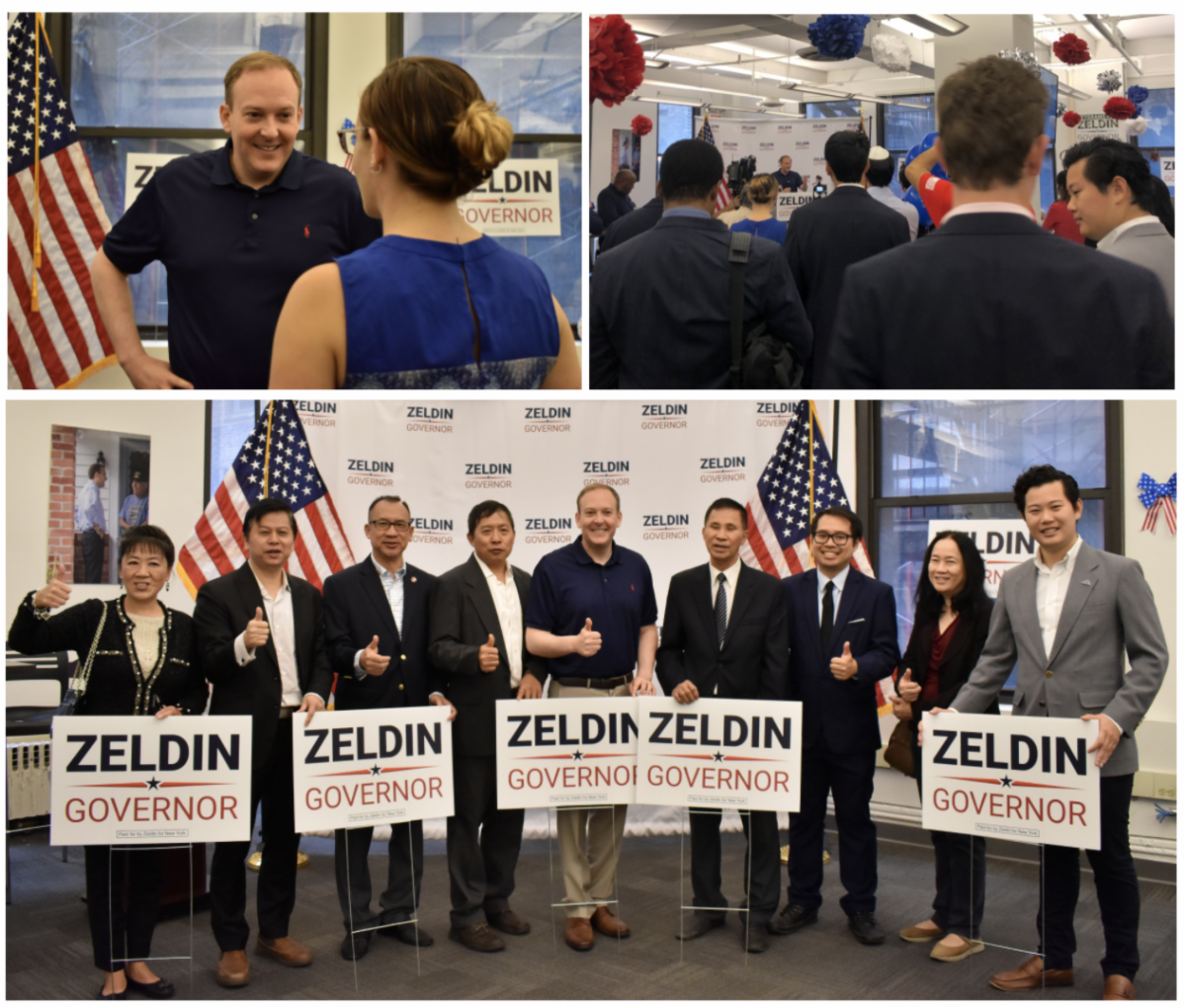 NEW YORK – On Monday, October 4, 2021, Congressman Lee Zeldin, who has been named the presumptive nominee for Governor of New York by both the New York Republican and Conservative Parties, hosted the grand opening of his campaign headquarters in Manhattan.

New Yorkers from across the city and all walks of life came together to show their support for Congressman Zeldin’s campaign for governor and hear about his vision for the future of our state.