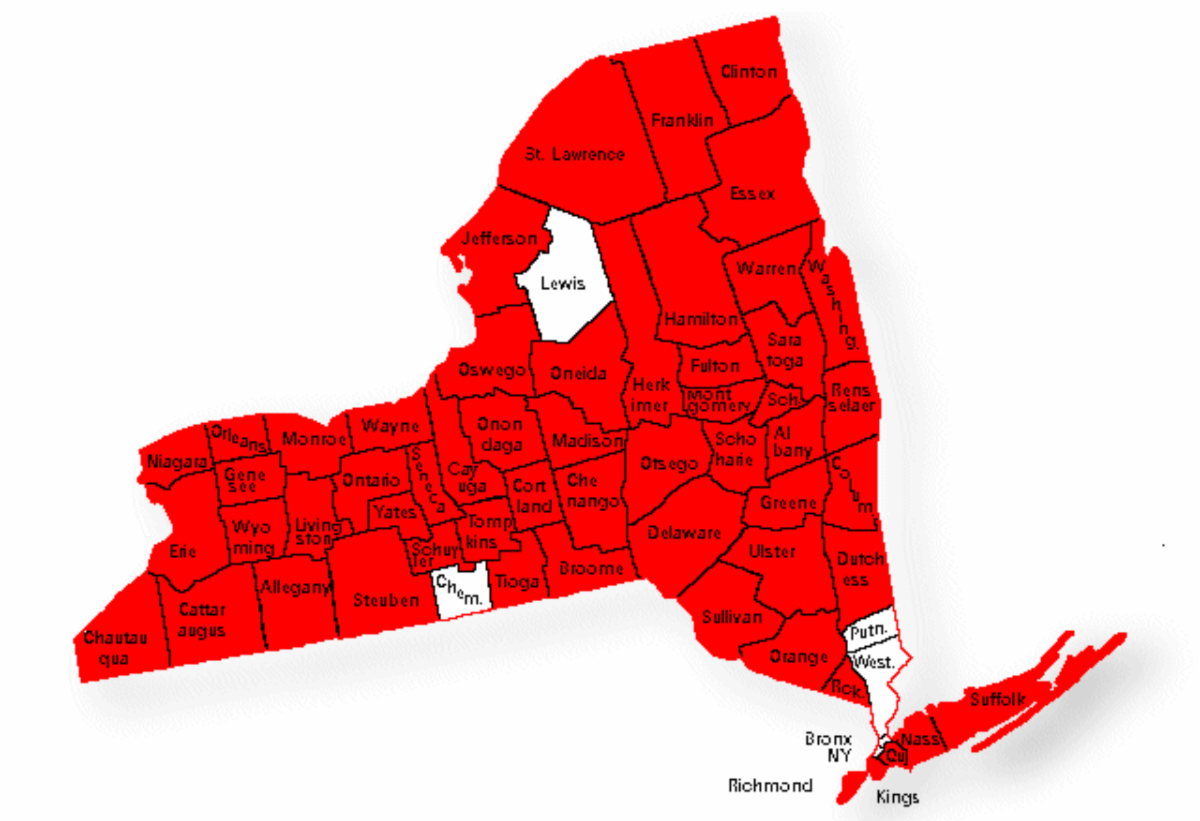 The 56 counties in red have endorsed Congressman Lee Zeldin.

Jefferson County Republican Party Chairman Don Coon said, “We have witnessed the results of one-party rule in New York State – skyrocketing crime, skyrocketing rent, skyrocketing taxes, and more and more New Yorkers fleeing the state while they still can. New York is sliding into the abyss. The current regime seems to despise employers and love employees as if one can exist without the other. Meanwhile, cashless bail and liberal parole policies put a revolving door on the criminal justice system. The Democrats have taken discretion away from our law enforcement professionals – judges, prosecutors, and police officers – those who are closest to the people and are in the best position to make decisions that affect community safety. New York continues its spending spree with total government spending double that of Florida, which has two million more people than the Empire State. Companies have to be literally bribed to move their operations to New York. In the case of Amazon, nearly 3 billion dollars in subsidies were not enough to overcome the state’s toxic business environment. It’s time to turn the ship around and return to the days of New York as the Empire State: a leader in business and industry, with safe streets and prospering communities. That’s why the Jefferson County Republican Committee is endorsing Lee Zeldin. He will be a governor for all New Yorkers who understands that good paying jobs come from employer-friendly policies, that the rights of citizens trump the rights of criminals, and finally, that the current economic climate is pushing our talented young people to points south, robbing us of our children and their valuable human capital.”