Download photos here.
NEW YORK – On Tuesday, October 5, 2021, Congressman Lee Zeldin (R, NY-1), who has been named the presumptive nominee for Governor of New York by both the New York Republican and Conservative Parties, met with Putnam County Executive MaryEllen Odell in Carmel.

Congressman Zeldin then honored the life and legacy of Dutchess County Sheriff Adrian “Butch” Anderson at his wake in Poughkeepsie.

Congressman Zeldin ended the evening in Cooperstown at the Otesaga Hotel where he was a special guest for New York State Senator Peter Oberacker’s fundraiser.

On Wednesday, October 6, 2021, Congressman Zeldin started the day outside 77WABC in Manhattan with John Catsimatidis, a bipartisan group of elected officials and many others to honor and celebrate the contributions of Goya and its CEO Bob Unanue. 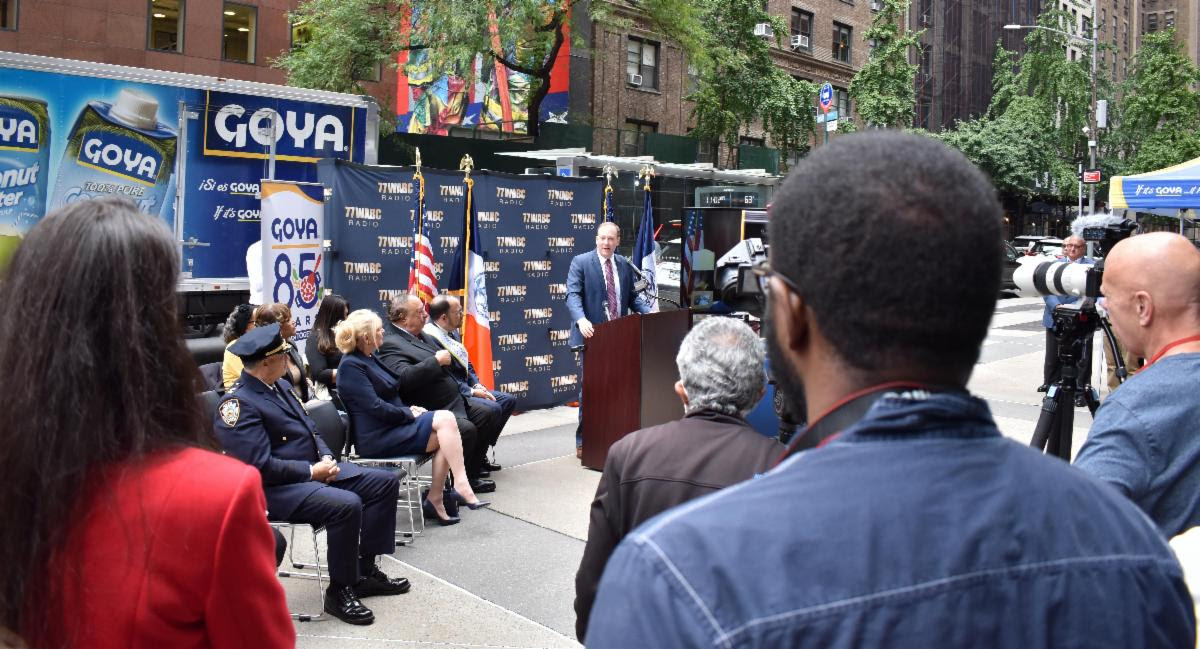 Congressman Zeldin then headlined a fundraiser for Candidate for Manhattan District Attorney Tom Kenniff at the Union League Club.

That evening, Congressman Zeldin joined the Liberty Club, Manhattan Republican Party Chairwoman Andrea Catsimatidis and others to talk about their shared vision for the city, state and country.

Congressman Zeldin ended the evening with the Women’s National Republican Club where he headlined their 100th anniversary celebration.