NEW YORK – On Wednesday, September 28, 2022, Congressman Lee Zeldin (R, NY-1), the Republican Party and Conservative Party Nominee for Governor, visited Bethel Christian Fellowship in Rochester to meet with pastors from Monroe and nearby counties to discuss the issues impacting their communities and his rescue mission to save New York. 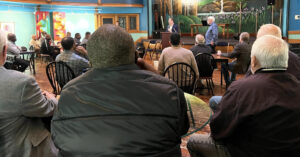 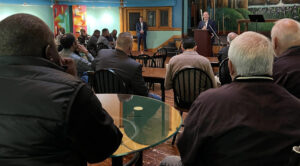 Congressman Zeldin concluded the evening with a group of supporters in Rochester.

On Thursday, September 29, 2022, Congressman Zeldin held a press conference at Pont de Rennes Bridge in Rochester to call out Kathy Hochul for her rampant pay to play corruption and pathetic dodging of debates. 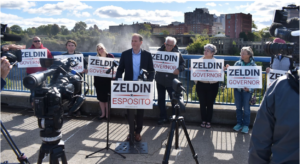 On Saturday, October 1, 2022, Congressman Zeldin joined the Nassau County Republican Committee and hundreds of volunteers before they hit the streets supporting his campaign. 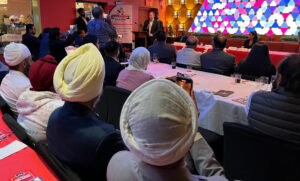 On Sunday, October 2, 2022, Congressman Zeldin spoke to the Friendship Baptist Church in Harlem.

Congressman Zeldin and Alison Esposito then ate lunch and met with community leaders at Sylvia’s Restaurant in Harlem.

Congressman Zeldin concluded the day in Hicksville with the Sikh Community to celebrate the birthday of the 4th Guru Ram Das Ji. 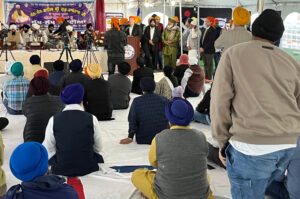 On Monday, October 3, 2022, Congressman Zeldin and Alison Esposito announced their 5 pillar “Pathways Up” plan in Harlem alongside U.S. Senate Candidate Joe Pinion and supporters. Learn more about the plan here. 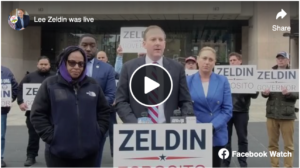 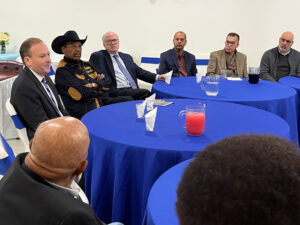 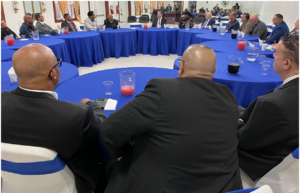