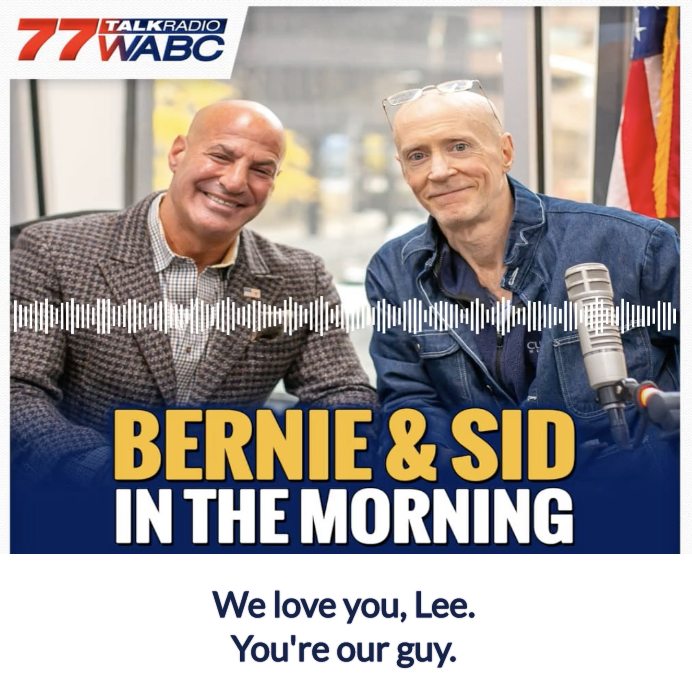 NEW YORK – Influential New York radio hosts Bernie McGuirk and Sid Rosenberg announced their endorsement of Congressman Lee Zeldin (R, NY-1), who has been named the presumptive nominee by both the Republican and Conservative Parties, for Governor of New York. Click here to listen to Bernie and Sid discussing their endorsement during an interview this week with the Congressman on 77WABC.

During their interview with Congressman Zeldin they said, “Congressman Lee Zeldin – our choice for governor – Republican candidate and as you can hear he’s brilliant. He’s smart. He’s got charisma. He’s got all of the things to not just run New York, but who knows one day maybe even something bigger…”

Bernie and Sid concluded their interview with Congressman Zeldin saying, “We love you, Lee. You’re our guy. From today right to the day you go to Albany, you can come onto the show anytime you want and continue to show New Yorkers that you are the right guy for the job.”