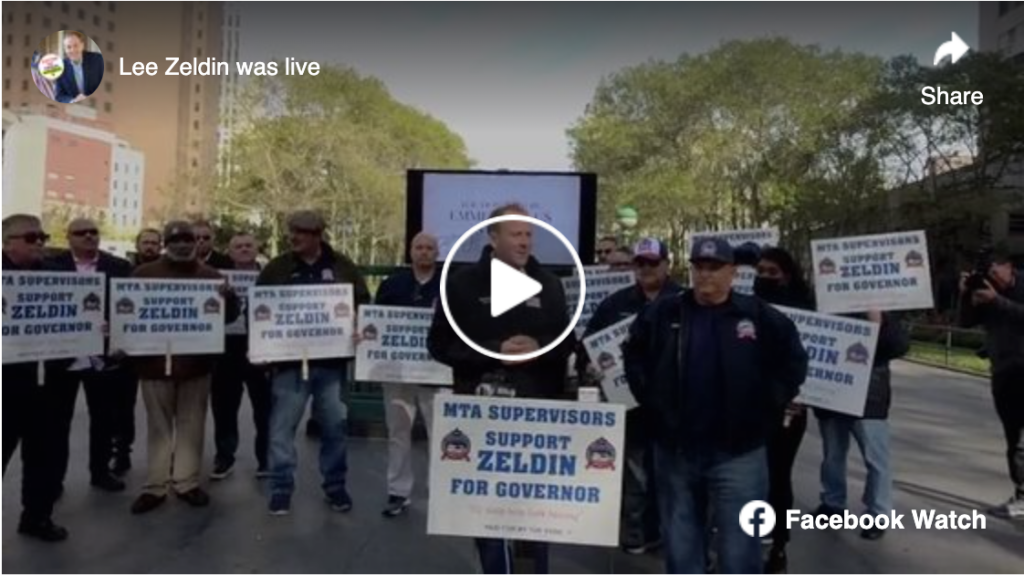 NEW YORK – On Friday, October 28, 2022, Congressman Lee Zeldin (R, NY-1), the Republican Party and Conservative Party Nominee for Governor, was joined by the Subway Surface Supervisors Association (SSSA) in Brooklyn to speak out following the hijacking of an MTA Bus on Thursday and to receive the SSSA’s endorsement. The SSSA is the second-largest transit union in New York City, with over 3,900 members.

“Every day, our members play a critical role in keeping the largest transit system in the nation moving, while also working in the epicenter of New York’s transit crime wave. Transit crime is up 40% this year and the threats to our safety are very real. We need to elect a Governor who understands the importance of maintaining public safety and protecting the essential workers who serve our city every day. We believe Congressman Lee Zeldin has our backs and will put public safety ahead of politics. We believe Congressman Lee Zeldin is the best candidate to turn around the direction of our state, protecting us at work and at home. For these reasons, we are proud to endorse him for Governor,” said SSSA President Michael Carrube.