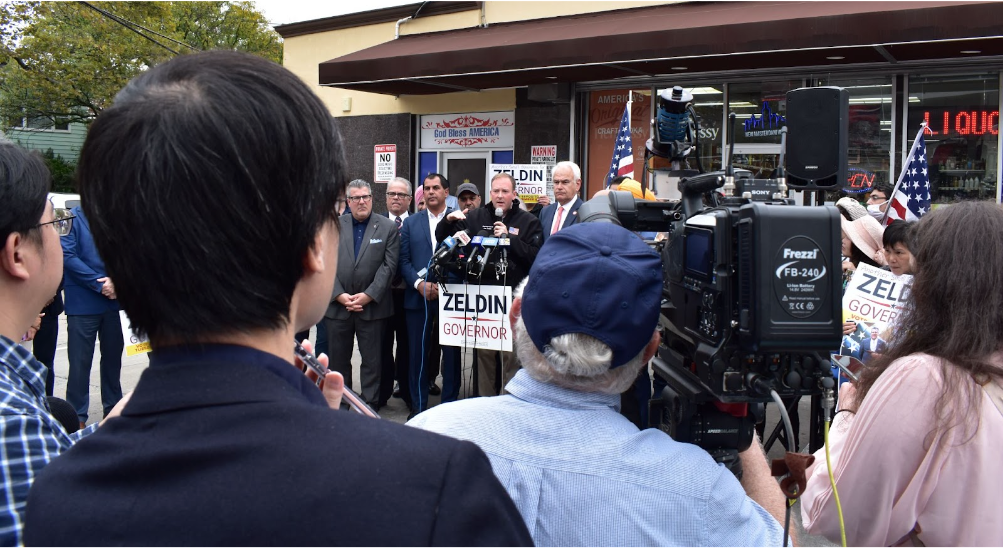 NEW YORK – On Wednesday, October 26, 2022, Congressman Lee Zeldin (R-NY 1), the Republican Party and Conservative Party Nominee for Governor, New York City Councilman Bob Holden, a local gas station owner in Queens, and others spoke out after this gas station was robbed multiple times over the last few weeks amid New York’s crime surge. Congressman Zeldin was joined by others in the local Indian-American community who have been affected by the crime crisis in New York.