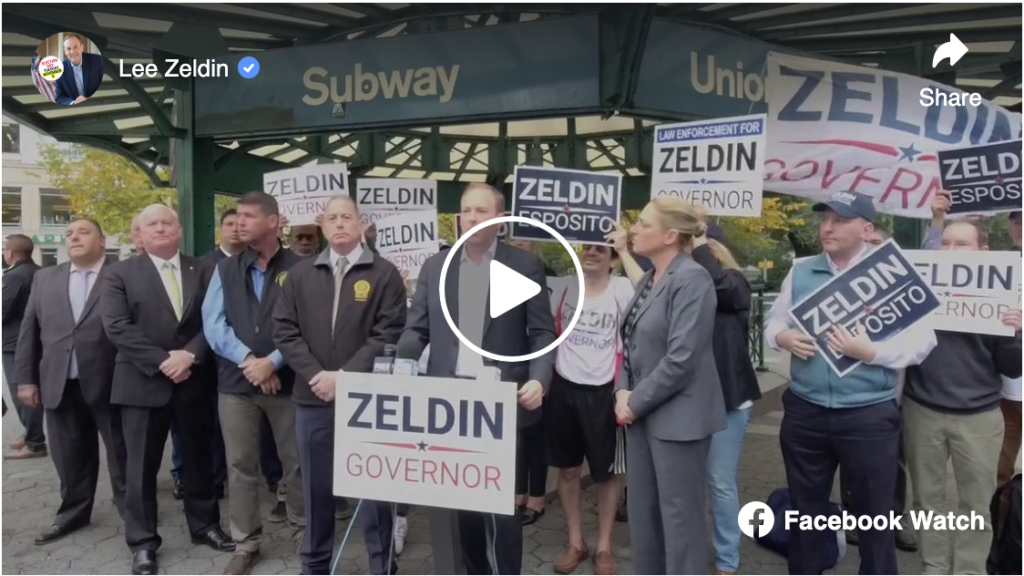 NEW YORK – On Thursday, October 13, 2022, Congressman Lee Zeldin (R, NY-1), the Republican Party and Conservative Party Nominee for Governor, announced that he would be signing multiple executive orders on his first day as Governor to combat the crime crisis in New York. The first order will be declaring a state of emergency on crime. The second would effectively suspend Cashless Bail, Less is More, Raise the Age, Discovery Changes, and the Halt Act.

“Immediately after being sworn in as New York’s next Governor, I will be declaring a crime emergency, here in the state,” said Congressman Zeldin. “When New Yorkers go to sleep on January 1, 2023, cashless bail, the HALT Act, Raise the Age, Less is More, and the discovery law changes will be suspended across the state.”

“It is time to take back our streets and our subways. All law-abiding New Yorkers should be able to walk these streets and feel safe again,” concluded Congressman Zeldin.