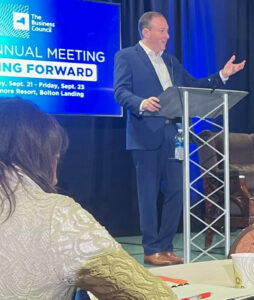 “To reduce energy costs, the first step is firing Kathy Hochul and ending one-party rule in Albany,” Zeldin said after the meeting. “We can make New York energy independent and more affordable, reversing the state’s ban on the safe extraction of natural gas and approving new pipeline applications. This will create jobs, generate revenue, revitalize communities, and reduce energy costs in response to New Yorkers bracing for impact when they open their energy bills this winter.”