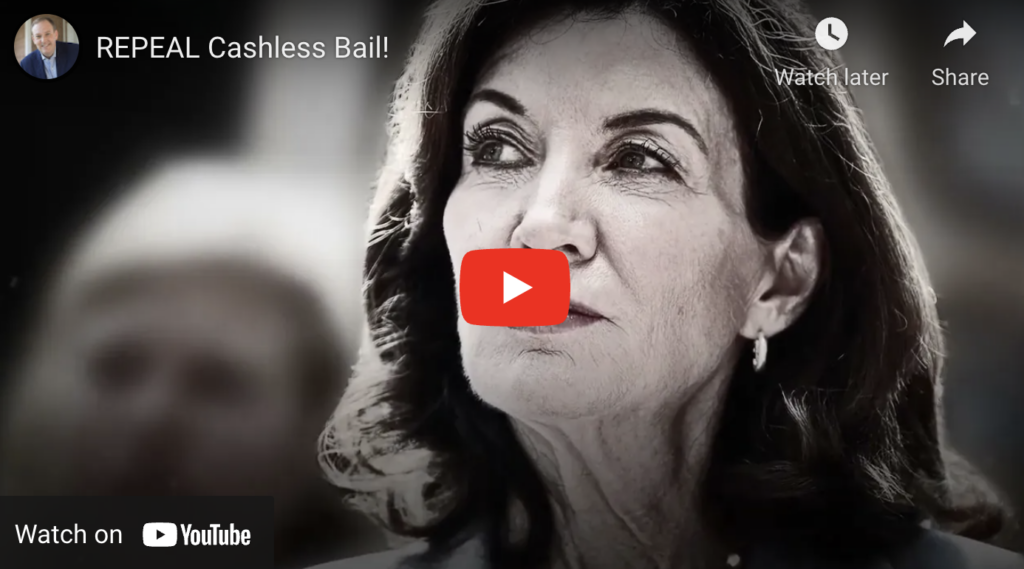 Just this summer alone, there have been multiple high profile cases of suspects released under cashless bail, including two Mexican Cartel Drug Smugglers caught with 165 pounds of crystal meth, a serial shoplifter released under cashless bail after her 100th arrest, an Orange County man charged with multiple felonies that included a hate crime, and Congressman Zeldin’s assailant being released overnight this past Thursday.