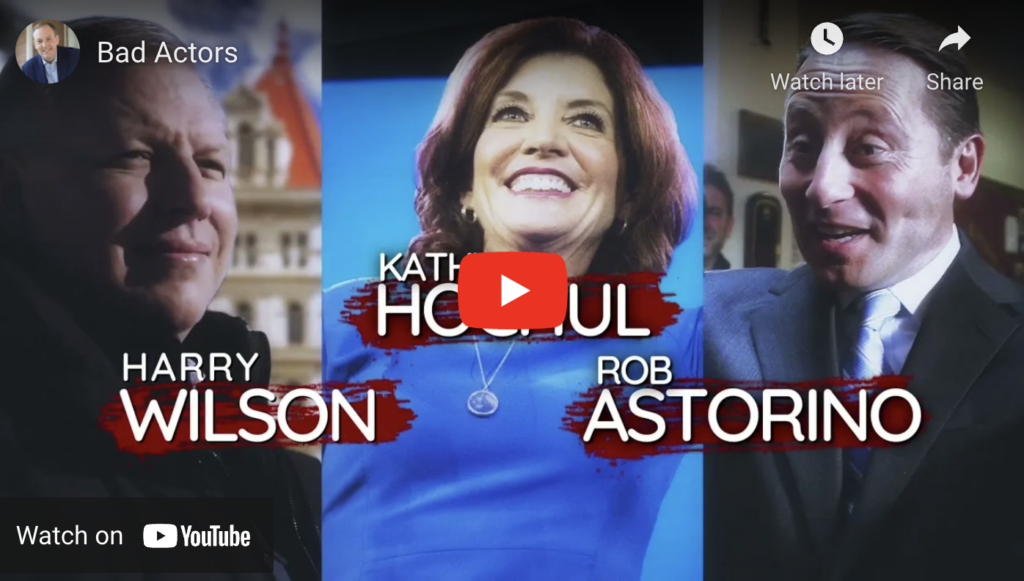 “While Congressman Zeldin has focused all of his energy on defeating Kathy Hochul, instead of joining the cause to defeat one-party rule in Albany, Never Trumper Harry Wilson and Rolex Rob Astorino have been assisting Kathy Hochul and Democrats in spreading desperate lies about Republicans’ best hope for victory in November – Congressman Lee Zeldin,” said Zeldin for New York spokesperson Katie Vincentz.

“It’s time New Yorkers know the truth. Never Trumper Harry Wilson is a two-time Obama appointee, and Alvin Bragg donor, who refused to vote for President Trump in 2020 and had a company policy to fire his employees who wouldn’t get the COVID shot. And New Yorkers are all too familiar with the fact Rolex Rob Astorino is on an embarrassing campaign losing streak, defeated by Democrats over and over and over again, losing his last three races for three separate elected positions.

“In stark contrast, Congressman Zeldin has won seven straight races in purple suburban swing districts, unseating two Democrat incumbents along the way. Whether it’s his record of cosponsoring the nation’s strongest property tax cap, which became law, reducing middle-income tax rates in New York to the lowest level in 60 years, standing against radical calls to defund, abolish and dismantle our police and so much more it’s clear why New Yorkers are all in Congressman Lee Zeldin. On Tuesday, June 28th, they’re going to elect Army veteran Lee Zeldin to be their fighter and deliver Kathy Hochul a crushing defeat in November.”