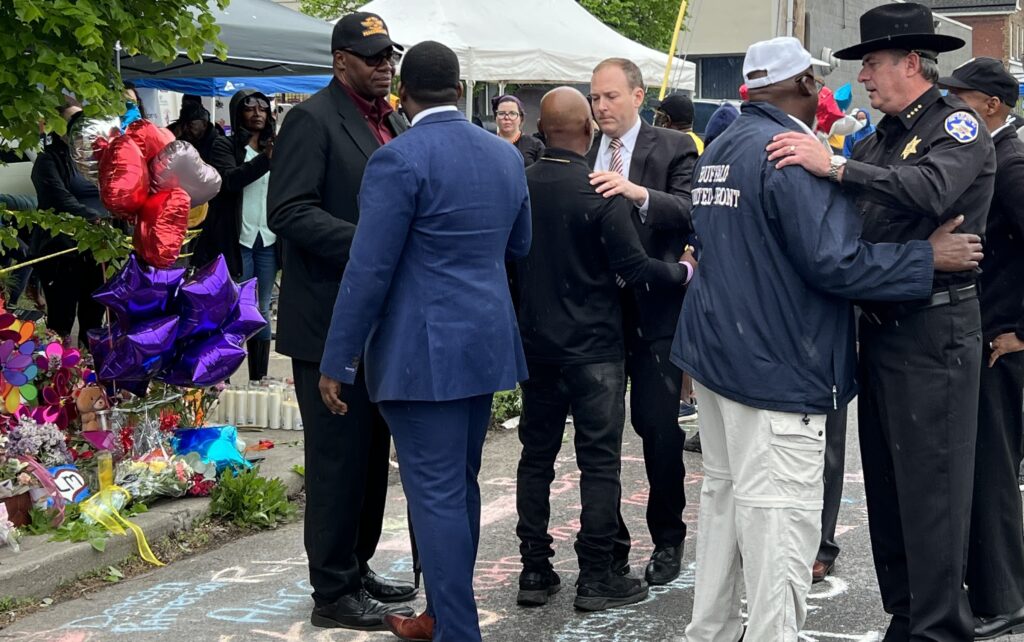 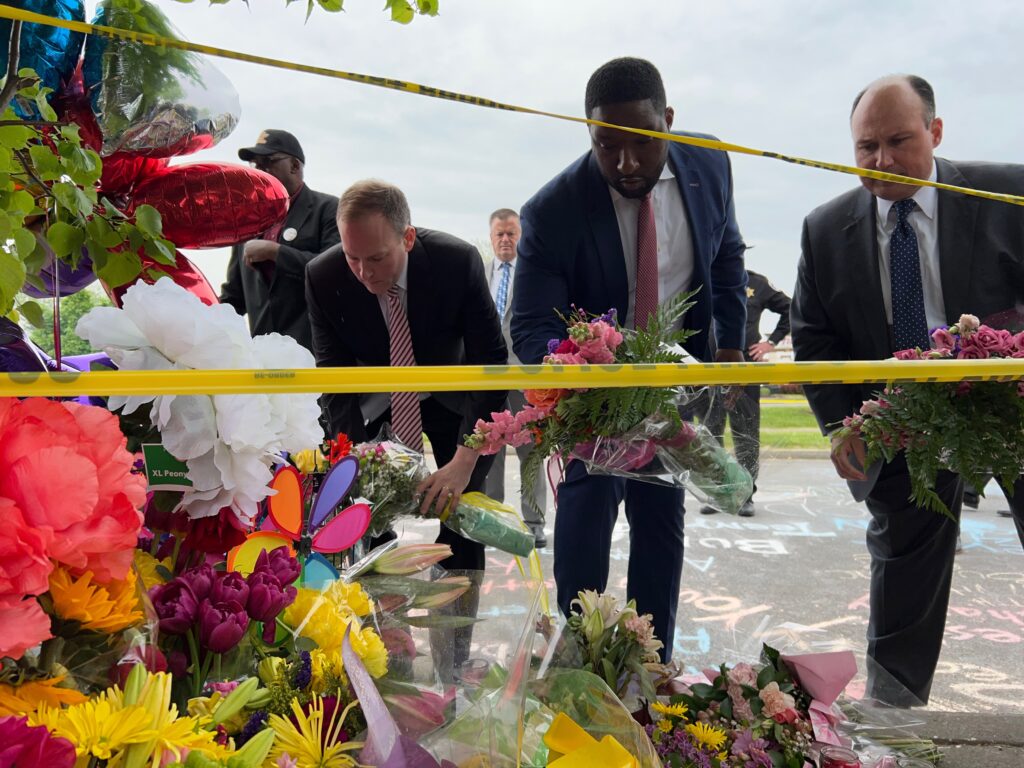 NEW YORK – Today, Congressman Lee Zeldin (R, NY-1), the Republican Party and Conservative Party designee for Governor, joined community leaders at Tops on Jefferson Avenue in Buffalo to pay his respects to the victims and speak with the community affected by this past weekend’s tragedy in Buffalo.

Following the attack, Congressman Zeldin issued the following statement: “A simple Saturday afternoon at the local supermarket should never end in violence, tragedy and death. Across our state, streets, subways, businesses and homes have been turned over to criminals. The Buffalo tragedy is a brutal reminder of the raw, violent hate on the rise in NY. Asian Americans have been killed in NYC with knives, hands, and hammers. Three Jews were assaulted this past week in Brooklyn. Sikhs have been beaten up. None of it is welcome here, in any form.”

Yesterday, Congressman Zeldin called on Governor Kathy Hochul and the New York State Legislature to bring back the death penalty to New York and make crimes, such as killing police officers and first responders, fatal hate crimes like this weekend’s attack in Buffalo, homicides with multiple victims, and many other crimes, eligible for the death penalty.

Previously, Congressman Zeldin put forth his Secure Our Streets plan for New York.