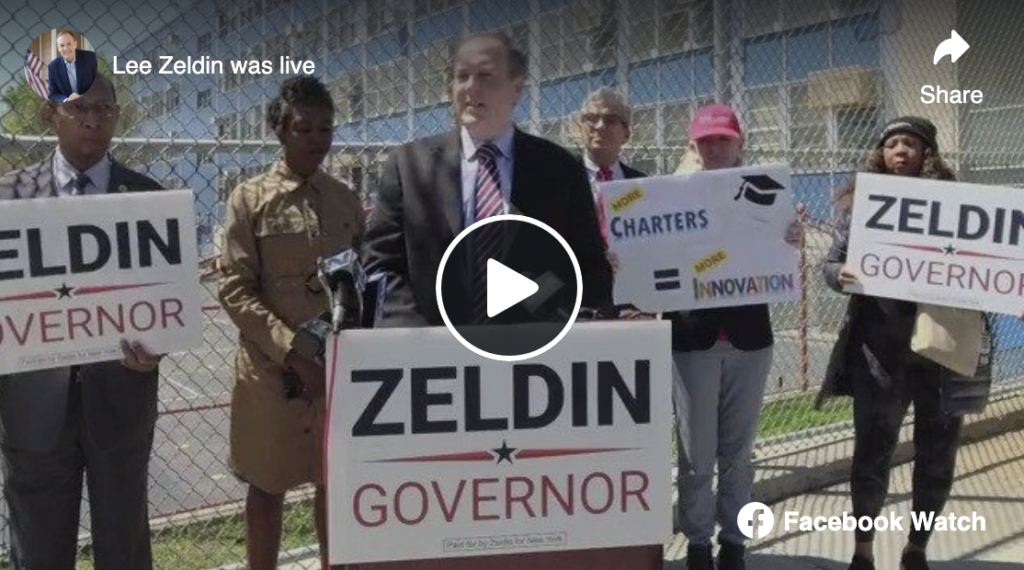 “Every New York student deserves access to a quality education regardless of ethnicity, religion, wealth and many other factors,” said Congressman Zeldin. “I love our teachers and am very grateful for their service, but education is about students first above all else and New York is not doing enough to help students and support parents.”