NEW YORK – On March 24, 2022, Congressman Lee Zeldin (R, NY-1), the Republican Party and Conservative Party designee for Governor, was joined by Alison Esposito, the Republican Party and Conservative Party designee for Lieutenant Governor, New York State Senate Republican Leader Rob Ortt, New York State Assembly Republican Leader Will Barclay and others who are calling for a repeal of New York’s cashless bail law. Congressman Zeldin believes judges should have the discretion to weigh dangerousness, flight risk, past criminal record, seriousness of offense, and other factors when setting bail for all offenses, not just a few offenses. 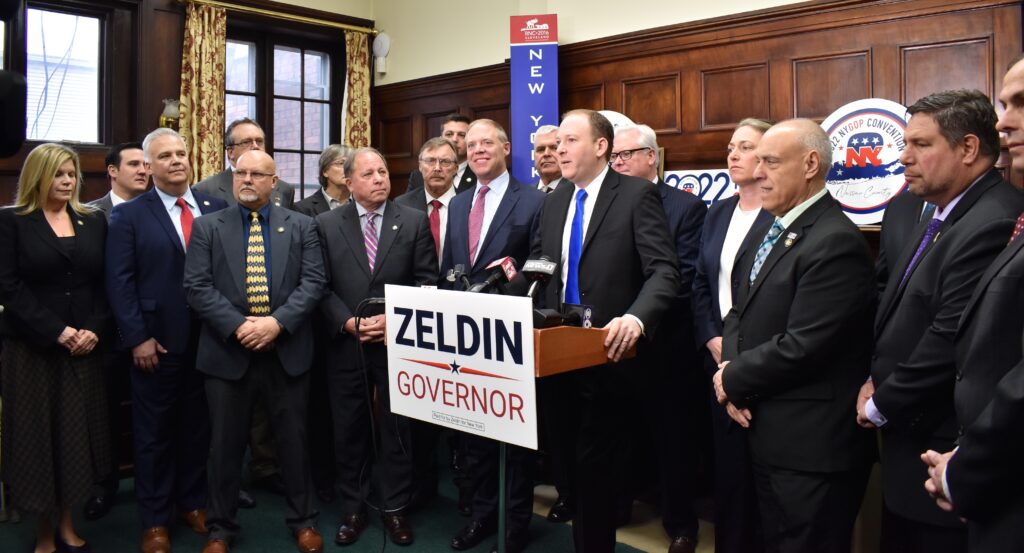 On March 26, 2022, Congressman Zeldin and Alison Esposito spoke with local residents at Brody’s On The Bay in Webster and answered questions about their vision for the future of our state.

On March 27, 2022, Congressman Zeldin and Alison Esposito hosted a grand opening of their Long Island Campaign Headquarters in Hauppauge with a couple hundred campaign supporters. 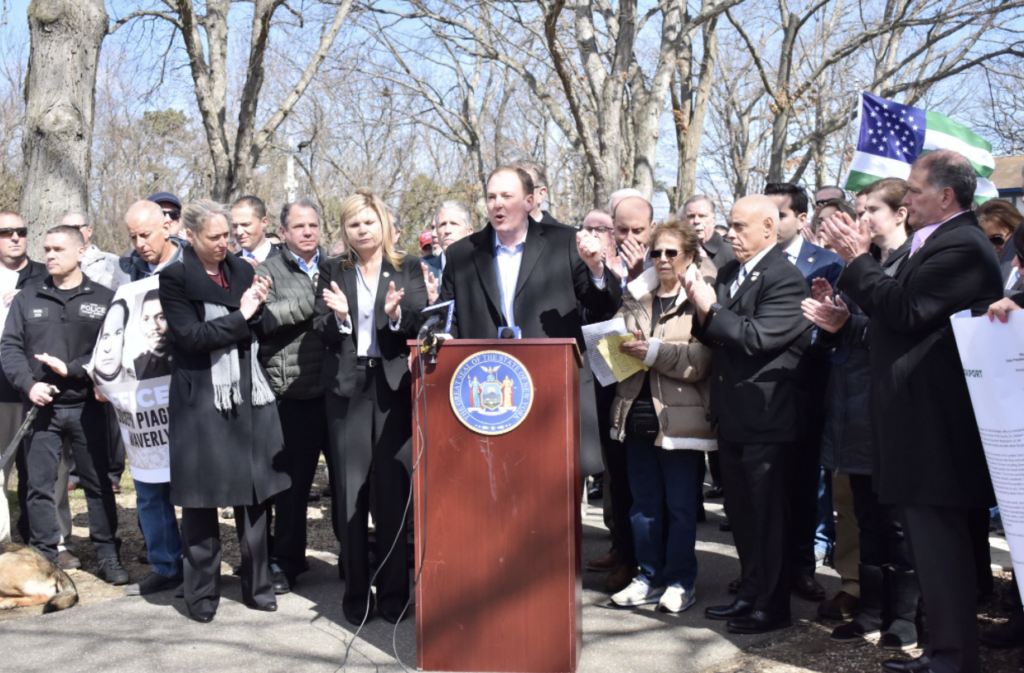 Congressman Zeldin and Alison Esposito ended the day in Bellmore headlining a rally at the Bellmore Train Station.