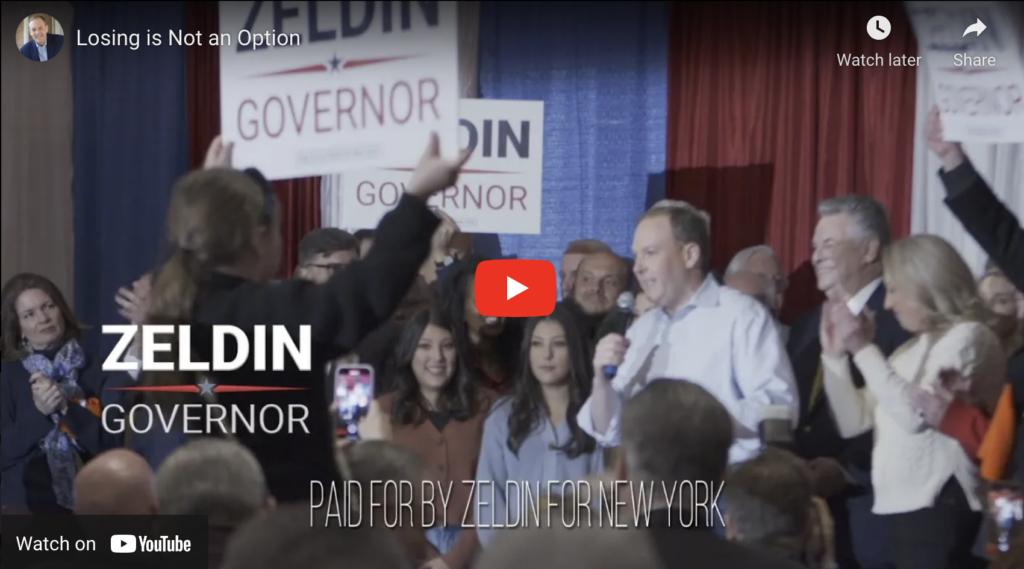 NEW YORK – Congressman Lee Zeldin (R, NY-1), who was formally endorsed last week by the New York State Republican and Conservative Parties for Governor of New York, released his second TV ad of the 2022 campaign, entitled “Losing Is Not An Option”, which is now airing statewide.

Highlighting a recent Zeldin for New York rally attended by over 1,000 supporters, coupled with receiving a unanimous endorsement vote at the New York State Conservative Party convention, over 85% of the vote at the New York State Republican Party convention, tens of thousands of small dollar donations, and thousands of grassroots volunteer signups, this latest ad continues to build upon the message, organization and momentum needed to successfully complete this rescue mission to Save Our State.