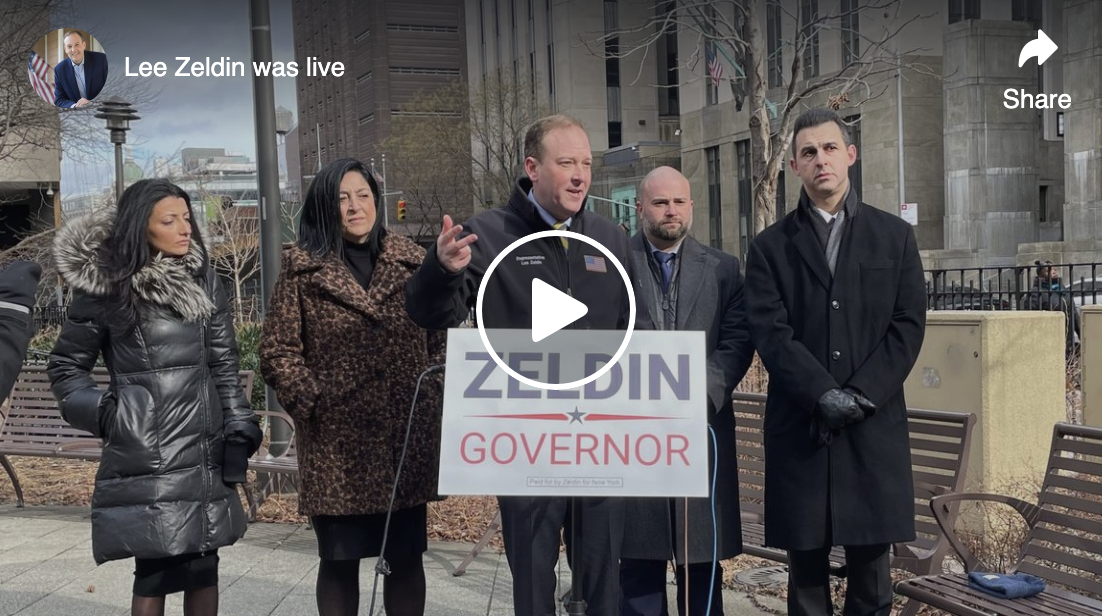 NEW YORK – On Monday, January 10, 2022, Congressman Lee Zeldin (R, NY-1), who has been named the presumptive nominee for Governor of New York by both the New York Republican and Conservative Parties, was joined by New York City Council Minority Leader Joe Borelli, Councilwoman Inna Vernikov, Councilwoman Joann Ariola, and others, slamming Manhattan District Attorney Alvin Bragg and calling for his removal by the New York Governor following his announcement that he would downgrade or not prosecute certain crimes across the board.

During his State of the State rebuttal last week, Congressman Zeldin stated he would remove any District Attorneys who refuse to enforce the laws on the books.
According to the New York State Constitution, the Governor of New York has the ability to remove District Attorneys who fail to enforce the law, and Congressman Zeldin is calling on Governor Kathy Hochul to wield that power to protect the safety of New Yorkers and local law enforcement officers.