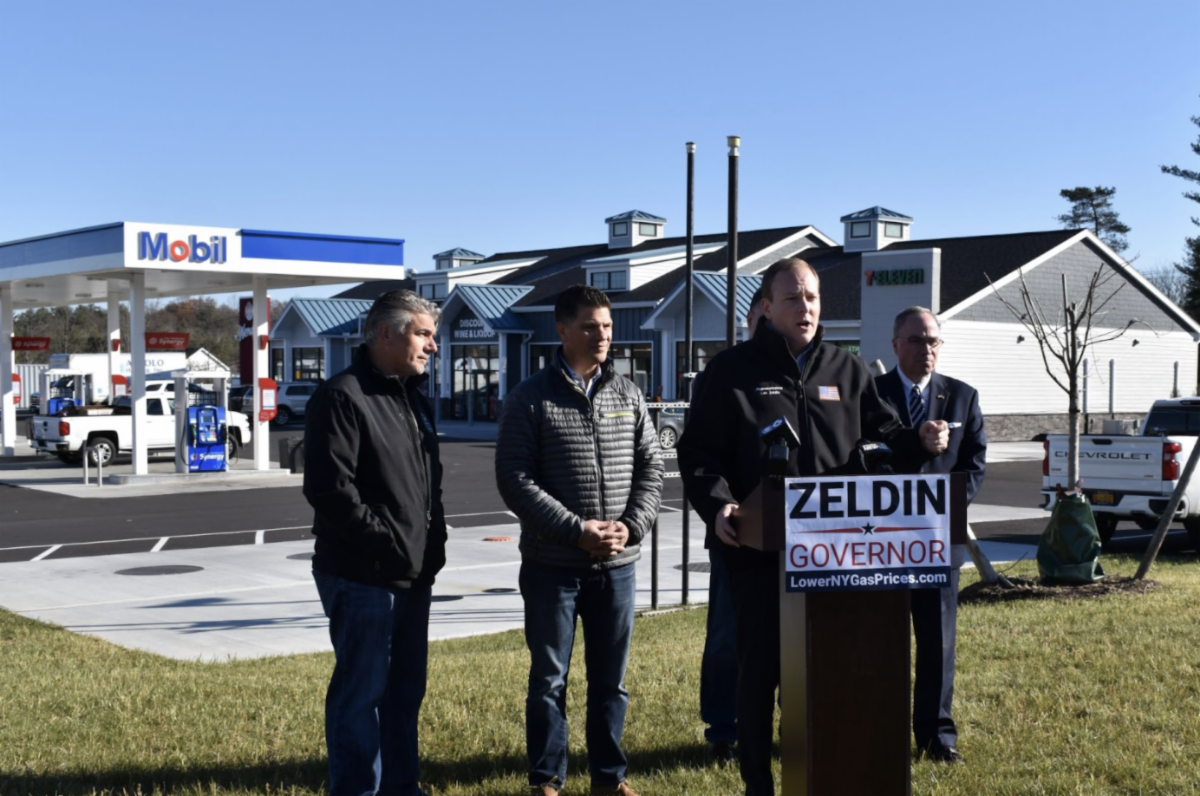 NEW YORK – Today, Congressman Lee Zeldin (R, NY-1), who has been named the presumptive nominee for Governor of New York by both the New York Republican and Conservative Parties, continued his “Lower NY Gas Prices” tour in Rotterdam, where he was joined by local leaders and business owners to demand that Governor Kathy Hochul suspend the gas tax for the Thanksgiving weekend, oppose the 55¢ per gallon gas tax hike currently proposed in the New York State Legislature and provide desperately needed relief to everyday New Yorkers ahead of what is expected to be the most expensive Thanksgiving on record. 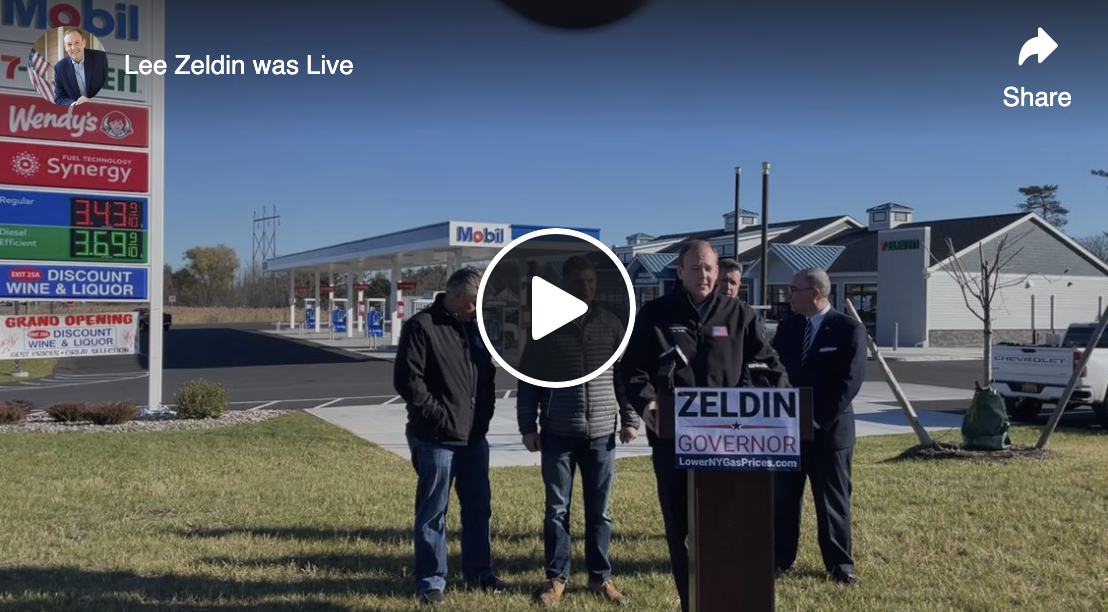 Earlier in the tour, Congressman Zeldin launched LowerNYGasPrices.com so New Yorkers can tell Governor Kathy Hochul themselves to suspend the gas tax, oppose raising the gas tax even higher and lower energy costs.