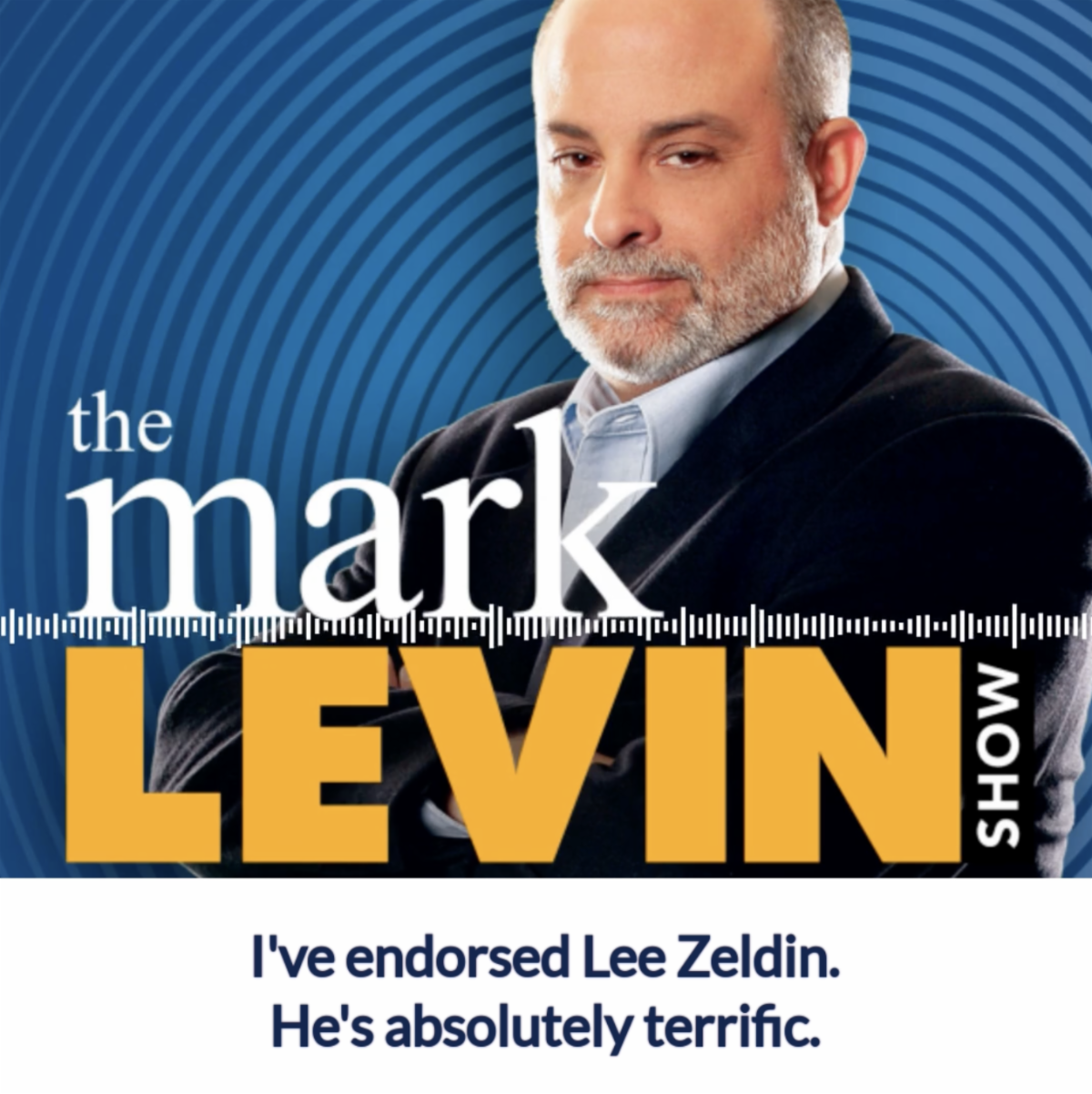 NEW YORK – Best selling author and conservative radio and television powerhouse Mark Levin announced his endorsement of Congressman Lee Zeldin (R, NY-1), who has been named the presumptive nominee by both the Republican and Conservative parties, for Governor of New York. Click here to listen to Levin discussing his endorsement during an interview this week with the Congressman on The Mark Levin Show.