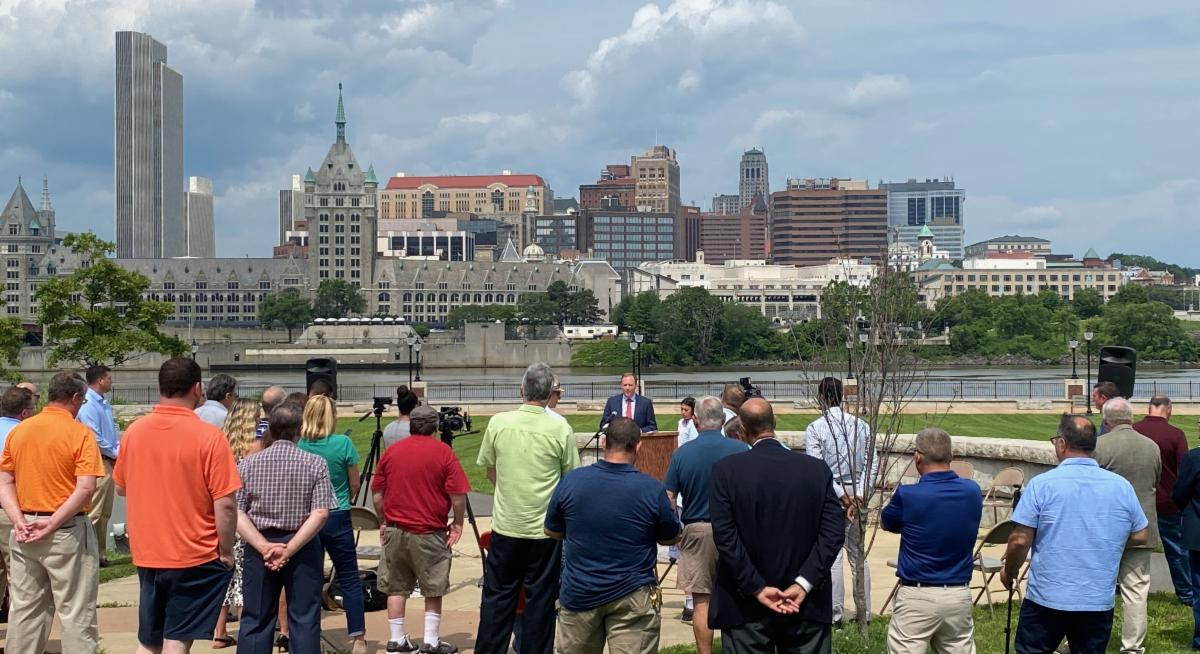 “Once, New York State was recognized as a world leader in economic advancement, a home to research and technological development, opportunity and strong quality of life. Today, it is sadly known as a state that residents seek to escape from, to get away from failed and corrupt leadership. We need to save New York with new leadership at the top, and Lee Zeldin is our choice for Governor,” said County Executive Steve McLaughlin.

“New York today is less safe, more expensive and plagued by scandal after scandal. Upstate has completely been forgotten. It is time for a change in the Governor’s mansion, and that change starts with Lee Zeldin,” said County Clerk Frank Merola.

“Too many residents do not feel safe in their homes or communities because of failed policies like Bail Reform. Change after change in our laws has allowed criminals to gain the upper hand and hurt our state and our residents. That is why we need Lee Zeldin as our next Governor, because he recognizes the need to make New York safer,” said Sheriff Pat Russo.

“New Yorkers have lost faith in their state government because the state has become captive to downstate progressive interests. Upstate communities do not get the attention they deserve or need and we believe that will change with Lee Zeldin as our Governor,” said Rensselaer Mayor Mike Stammel.

Congressman Zeldin has been named the “presumptive nominee” for Governor of New York by both the Republican and Conservative Parties.