NEW YORK – On Wednesday, May 26, 2021, Congressman Lee Zeldin (R, NY-1) joined the New York State Conservative Party in Tappan, for a party fundraiser during his seventh statewide campaign trip since announcing his bid for Governor of New York.

On Thursday, May 27, 2021, Congressman Zeldin traveled to Batavia in Genesee County where he met with local leaders.

He also stopped by Dwyer Stadium in Batavia, home of the Batavia Muckdogs.

Congressman Zeldin continued onto Warsaw in Wyoming County where he met with local leaders, business owners, farmers, healthcare workers and other residents. 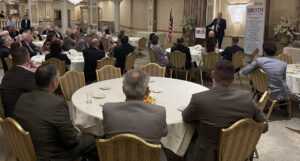 On Friday, May 28, 2021, after meeting with a sportsmen’s group in Niagara County, Congressman Zeldin met with the Orleans County Conservative Party and local residents to hear from them about how the policies coming out of Albany are adversely impacting their lives. 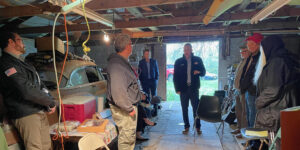 In the afternoon, Congressman Zeldin spoke to local leaders and residents in Rochester in Monroe County about their shared vision for the future of New York. 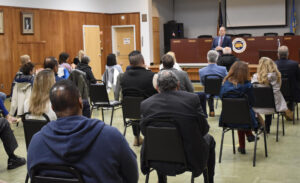 In the evening, Congressman Zeldin joined the Knights of Columbus Council #207 in Hoopes Park in Auburn in Cayuga County for Operation Enduring Gratitude, which raises money for Veteran Service Organizations by selling flags to be placed in their “Healing Field” that are displayed Memorial Day weekend. Congressman Zeldin then finished the day in East Syracuse in Onondaga County. 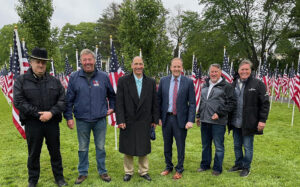